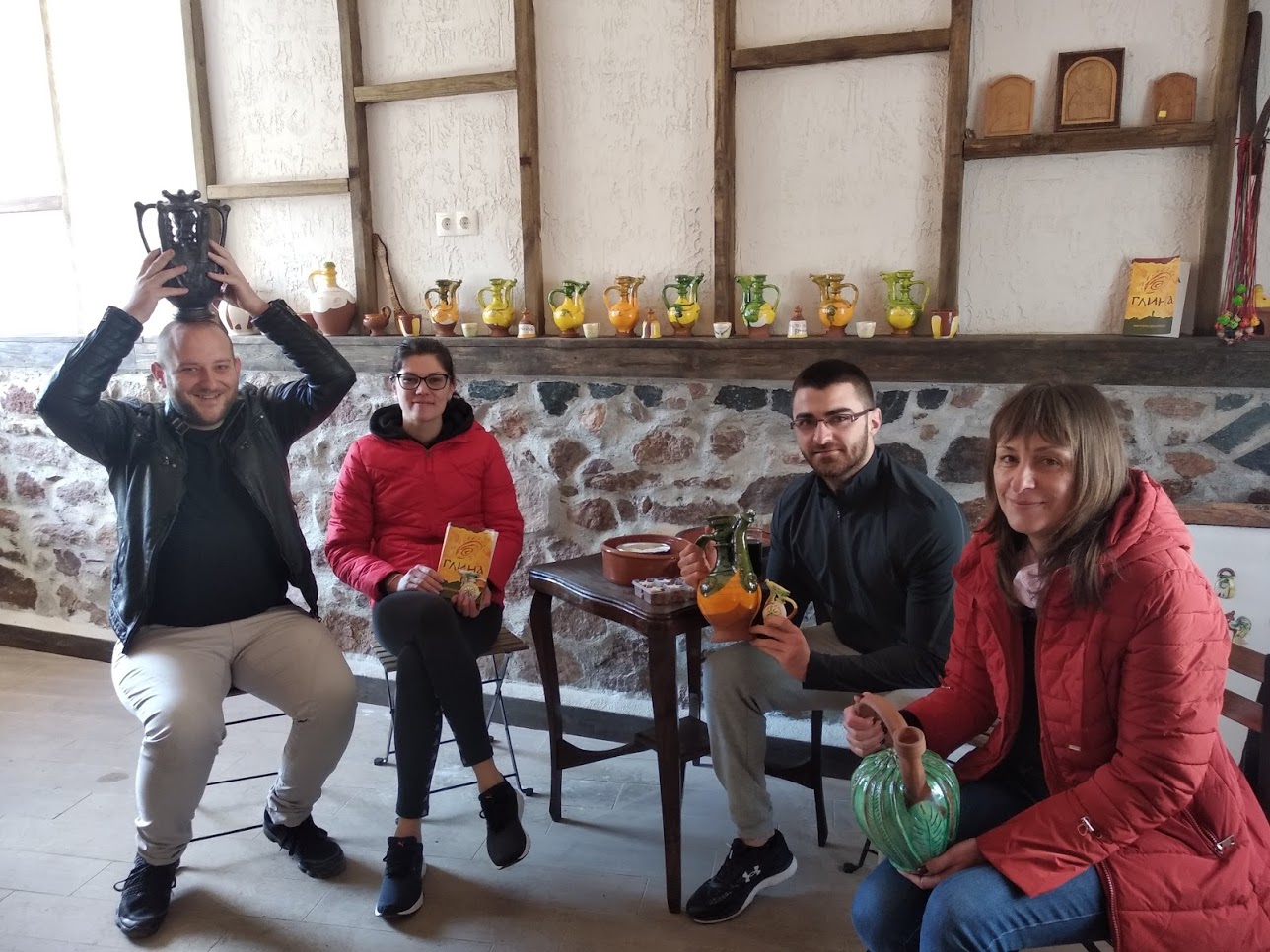 The team of the Regional Youth Center - Breznik visited the picturesque village of Busintsi, Trun municipality. The reason to go right there was the kind invitation from Stefi and Sasho, a young family from Sofia, who set out on the difficult but inspiring task of reviving the fame of the world-famous Busintsi pottery.

Their story began with the fact that one day the two decided to escape the hustle and bustle of big city life. Their hearts drew them to Busintsi, which captivated them with its calmness and charm during all seasons of the year.

The solution was adopted by their three wonderful children, who play undisturbed in the pure nature during the holidays. During the week, Steffi and Sasho are at work, but when Friday comes, they quickly set off for their paradise. 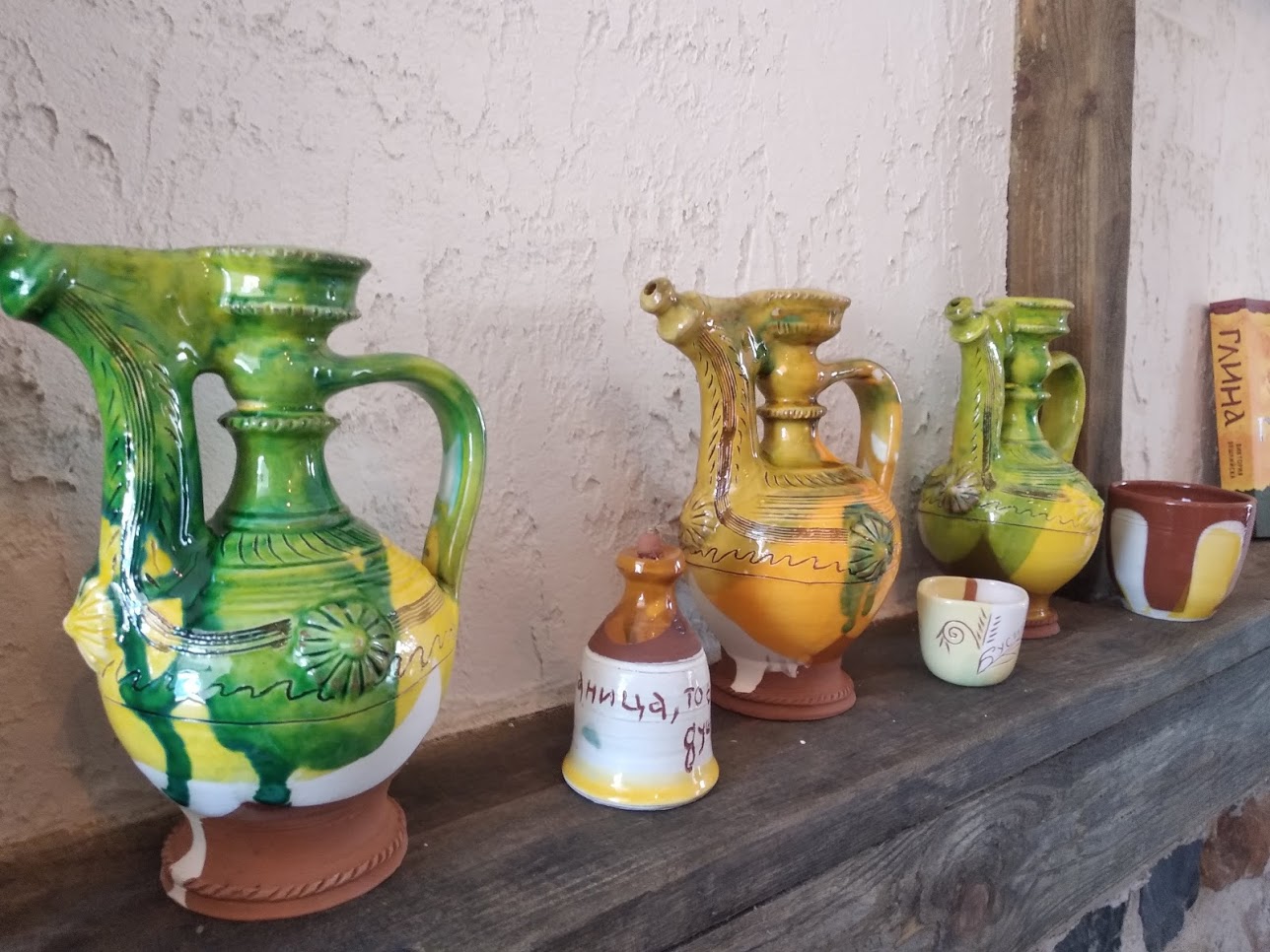 n 2019, the family bought a 100-year-old wicker house near the center of the village, which is currently being renovated so that it can soon breathe new life into it. Their desire is to place a potter's wheel in this space, where each of the visitors can make something himself and touch the magic of the Busintsi ceramics. Here they also plan exhibitions, celebrations of traditional holidays or just meetings to exchange cheerful conversations. They showed us what has been done so far - a new roof, floor, ceiling and plumbing.

The work on the interior design and furnishing is in full swing. A children's playground is also being considered. We were impressed by the fact that we work with the idea of ​​preserving everything authentic and traditional.

They have already thought of a name of their house. It's a bit strange, but it fits perfectly into the style of the place - "Businska srachkotilnitsa" (“Busintsi handicraft”). We were told that it came from the idea that with your hands, a little clay and imagination, you can create almost anything, sculpt your dreams as they sculpt yours.

From the house of Stefi and Sasho for the time being can be bought clay products made by a master potter from Sofia. Among the offered goods are 15 models - pots for beans, pots, glasses for brandy, for wine, jugs, cronders, several types of pitchers, porridge. There are also handmade ceramic figurines and jewelry.

One of the things that will most intrigue visitors, especially book lovers, is the book "Clay", by Victoria Beshliyska. Its plot is inspired by a local legend, which says that in the 17th century the original potters from the small village of Busintsi received the blessing of the Ottoman sultan only to travel freely within the empire to sell their wares. There was so much primordial power, beauty and simplicity in the bead pottery that it opened both hearts and doors.

The novel, which turns out to be the best-selling book for 2020 on the Softpress publishing house's website, takes the legend's raw finger and turns it on the writer's chark to sculpt a story that flows like water and purifies like fire. After everything we saw and learned, we couldn't help but be inspired by this young family. Our team presented our project and we discussed the idea to unite our efforts to promote the region by conducting a pottery course so as not to lose this unique craft.