The initiative is of the Regional RAISE Youth Center – Breznik and includes active representatives of the local community from the region. 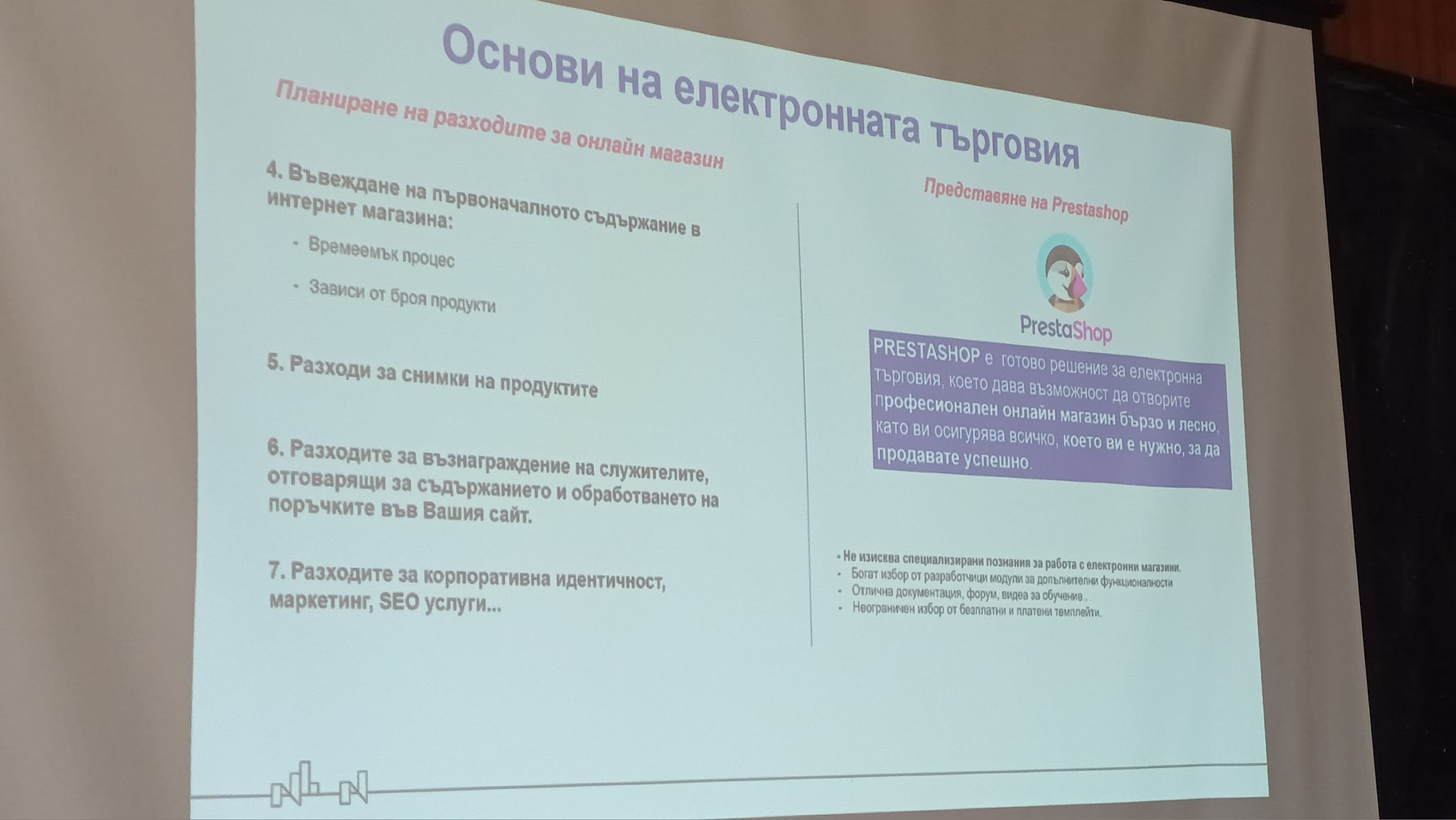 The initiative was part of the RAISE YOUTH project activities, funded by Iceland, Liechtenstein and Norway through the EEA Grant Fund and the Norway Grants Fund for Youth Employment. For the trip to Romania, Regional RAISE Youth Center - Breznik gathered the most active youth and volunteers from the region. 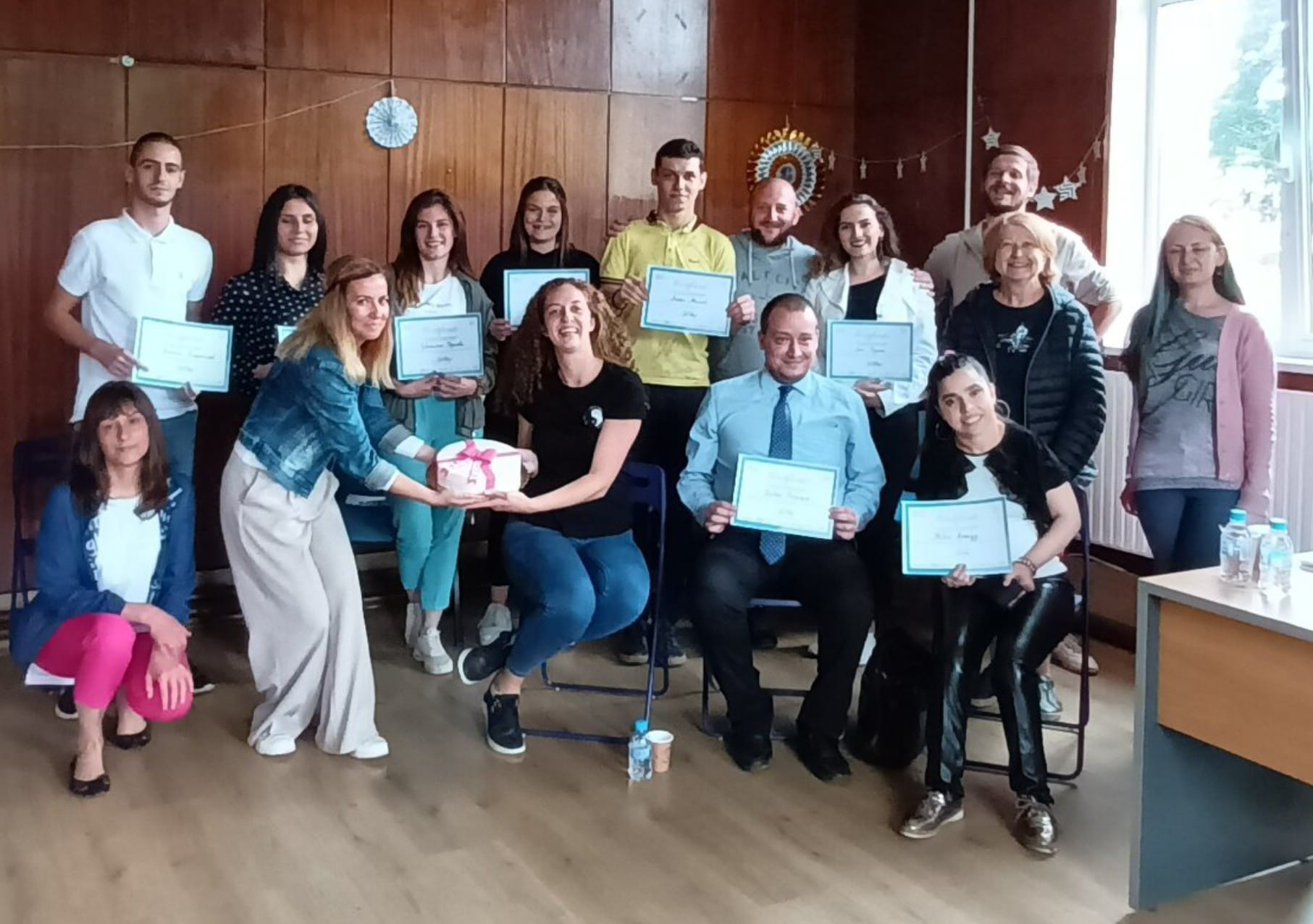 This is how Alexander Grozdanov and Yana Traikova, mentors in the entrepreneurship course organized by the Regional RAISE Youth Center, described the young people they worked with in the last few months.

They also share that they had high expectations for the activities in the region because they saw that there was potential and talent in the participants, so they approached these young people with wide open arms because they knew these meetings will be with valuable people, wo are part of  the RAISE training.

“Each of the would-be entrepreneurs was really motivated and actively working on his/her idea. From a 5-day training, we expected it to turn into a party, but these people were so serious. I think that we also had a role to combine the useful with the pleasant, but the participants themselves were there to invest time in their business ideas and to work hard," says Alexander Grozdanov.

The level of future entrepreneurs from Breznik and the region is in no way inferior to that of most of their peers from the country and from the capital.

"The goal of this type of program is to take each person hand by hand and take him/her exactly one step forward. You can't catch everyone and turn them into a successful businessmen. If he didn't have a business idea, he will already have one, he will write a business plan, he will look at all prospects. If there is already an idea, we will see how to make the first sales. People who had no idea were able to see through the lens of entrepreneurship. For the first time they thought about their own business. Those who had a proposal for a specific business registered their first sales, some even registered their own companies," adds Alexander

According to him, anyone can be an entrepreneur, because when someone is good at something – a job or a hobby, quite naturally he/she can become a supplier of this product or service.

"There is currently a huge lack and need for entrepreneurs in Bulgaria. We are the country with the lowest percentage of entrepreneurs in the EU and in the Western world. We have many opportunities - both on the funding side and on the consumer side. Sofia and the cities around the capital, including Southwestern Bulgaria, have a high consumer purchasing power. When the environment and the potential are combined, the chances of business development become particularly high."

And what are the chances of the people from the Pernik area?

Here, the entrepreneurship expert claims that the shopping basket of Bulgarians has increased enormously compared to the number of local businesses. From this, 3 possibilities emerge for a young entrepreneur who is not from the big cities. The first is to create products or services that are part of the consumer basket and succeed in selling to people all over the country. If it is possible, he can deliver the products or services locally or use technology, so business has virtually no borders. The second is that there are now very advanced business models and opportunities to trade, to create a small business, so that you start something on your own, finding out what the needs are. A big plus is the low cost of living in these places.

When these two factors are combined - having income from a large consumer basket of Bulgarians with higher incomes, and living in a place with a low cost of living, you get super optimal conditions that even Germans, for example, cannot dream of.

"Currently, many people are oriented towards working from home and go to live in places where it is much cheaper to live, they receive salaries from companies based in Sofia, Varna or Plovdiv and thus have a high standard of living not only for Bulgaria, but also for Europe.”

Yana Traikova believes that one of the main challenges of working in the province is the lack of trust in the representatives of the non-governmental sector. 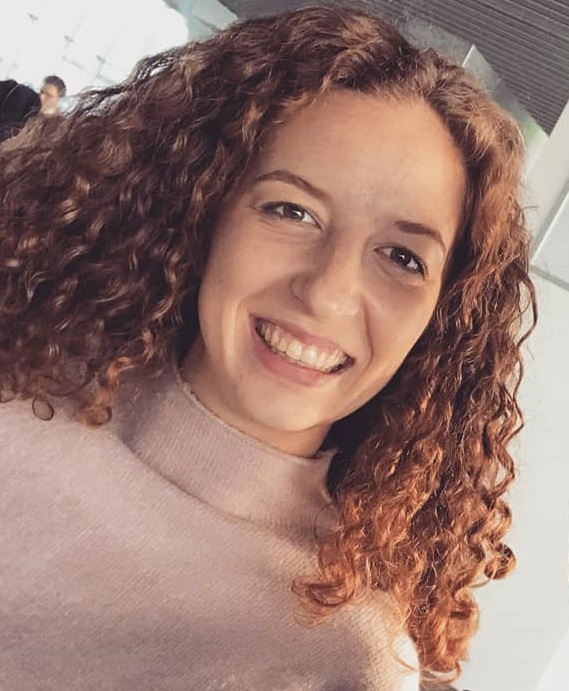 "Very often during meetings in the countryside I have been told: 'You will lie to us, you will come, take a picture with us and leave.' A lot of mistrust has been built towards free trainings, because many people have abused this type of project. I have met and worked with very active people from very small settlements, and for me, where you live on the one hand has an influence on the negative attitude, but at the same time, it depends a lot on the person. If the person is proactive, cares about improving his or herself and wants something adequate to happen, where he lives will not stop him in any way, on the contrary, it will motivate him even more because he wants his town to develop and to have work for the others as well." says Yana.

And she adds that more people need to work hard to get out of the black marked and develop their businesses in the right way.

This was also the main focus during the training of the three cohorts in entrepreneurship. The mentors were happy to observe how the youngsters in each of the groups created a small community of like-minded people who exchange experiences on a friendly and professional basis. They claim that normally it takes more time to build such a group, but in this case things took shape much faster.

ABLE remains available to students even after completing the course and are happy that young people seek them out with specific questions and case studies. “They should be „disturbing“us even more!” says Alexander.

"All three groups were quite colorful, both from business ideas and level of their projects - we had people who had already made their first sales, people who inherited their own business and wanted to develop it. The most pleasant surprise for me was a participant from Pernik who managed to attract financing for the registration of his own company with our help," Yana also shares.

The mentors are adamant that among the most valuable qualities of the young people from the region, the focus and motivation to achieve their ideas stands out.

"Absolutely independently and without external motivation, they learn and enrich their knowledge on the way to specific goals. This is a universal quality that is an integral step of career development. It is the basis of everything else."

"Entrepreneur comes precisely from this - to take different actions. This skill is especially valuable. "

ABLE experts, as well as the team of the Regional RAISE Youth Center, believe that entrepreneurship education was only the beginning of the positive change in the region and that many more young people in the future will take the step to get involved in any of the diverse activities that the Center offers.

Jana's advice to the young people of the region includes not looking at the trainings as an independent event, but as a meeting or an opportunity for which life will pay off sooner or later. "Any kind of informal education, such as these trainings and most things that happen on a project, open your worldview, meet you with different people, give you opportunities in which if you don't give a chance and don't dare to get involved, you just deprive yourself. I myself happened to go to an event years ago and it introduced me to my current business partner, so you never know what you're going to get from one meeting. "

“Looking at any business from an entrepreneurial perspective helps people see any situation from as many perspectives as possible. Through entrepreneurship, you gain basic knowledge in a great many areas and understand what the interests and motivations of each party are, what the optimal work process is, who is looking for what, so that you can put yourself in their shoes. Young people should run their own business, I believe in that!”

This is the main mission of ABLE in the last few years - to create entrepreneurs through a series of trainings.

"We see that entrepreneurship is universal and there is rather no access to quality entrepreneurial training. We got involved in the RAISE Youth project because it overlaps with ABLE's values.”

Yana and Alexander are aware that in small towns in our country there is a typical way of thinking "this won’t work here” and although they face it, they don't give up because they believe that meetings with inspiring and motivating people are necessary, to help the environment change little by little. They are convinced that training and mentoring are eye-openers and make young people believe that they can do it too.

According to them, the group of NEETs is a natural phenomenon in the Western world, and entrepreneurship is the strongest tool for awakening young people and turning them into engines of change in every region of Bulgaria! 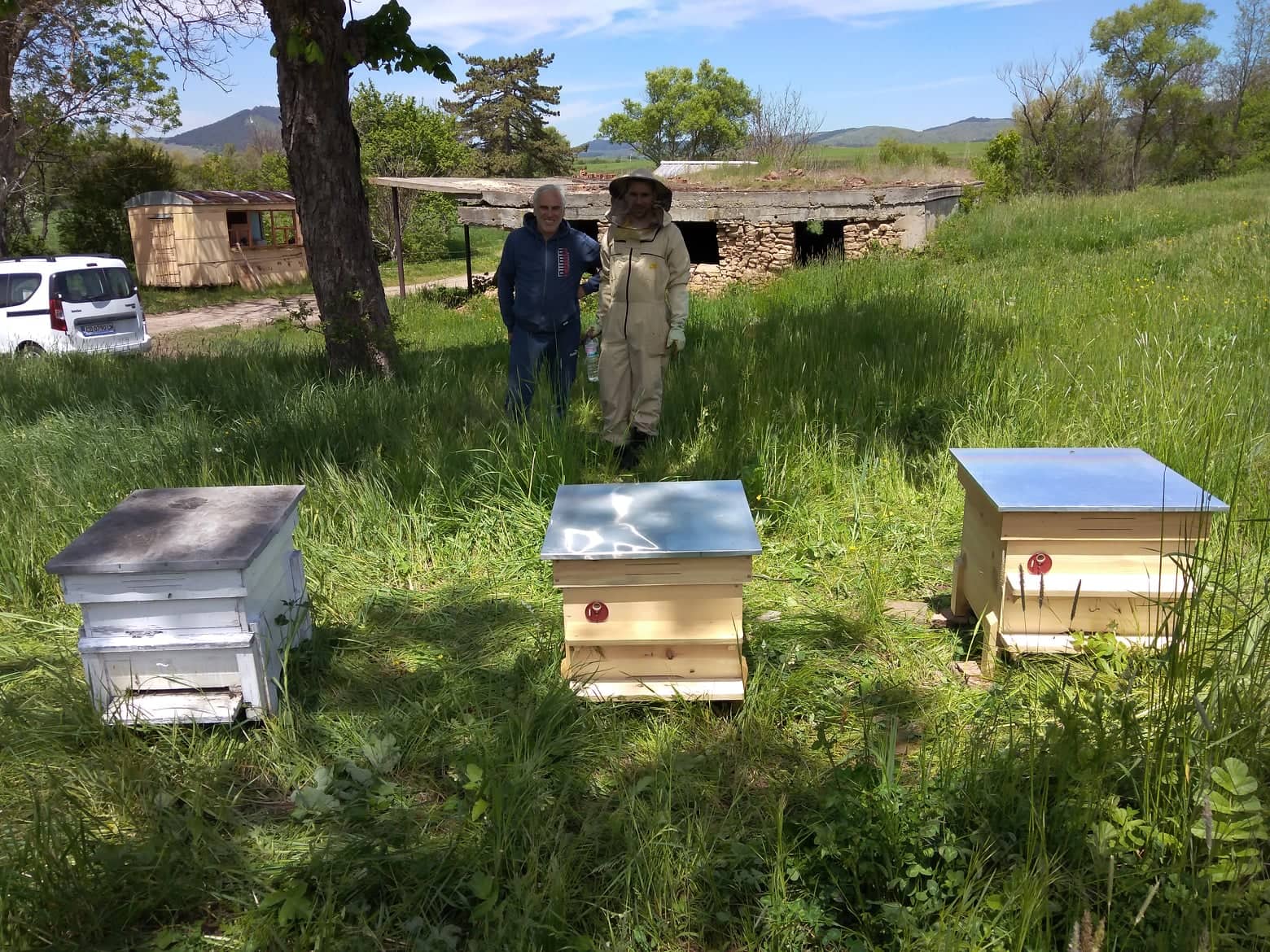 He has been part of the RAISE Youth project since its beginning. When we met him, the young boy told us about his childhood dream of having his own apiary and making honey. Today, Vasilen is already the proud owner of 17 beehives and says that this is only the beginning. 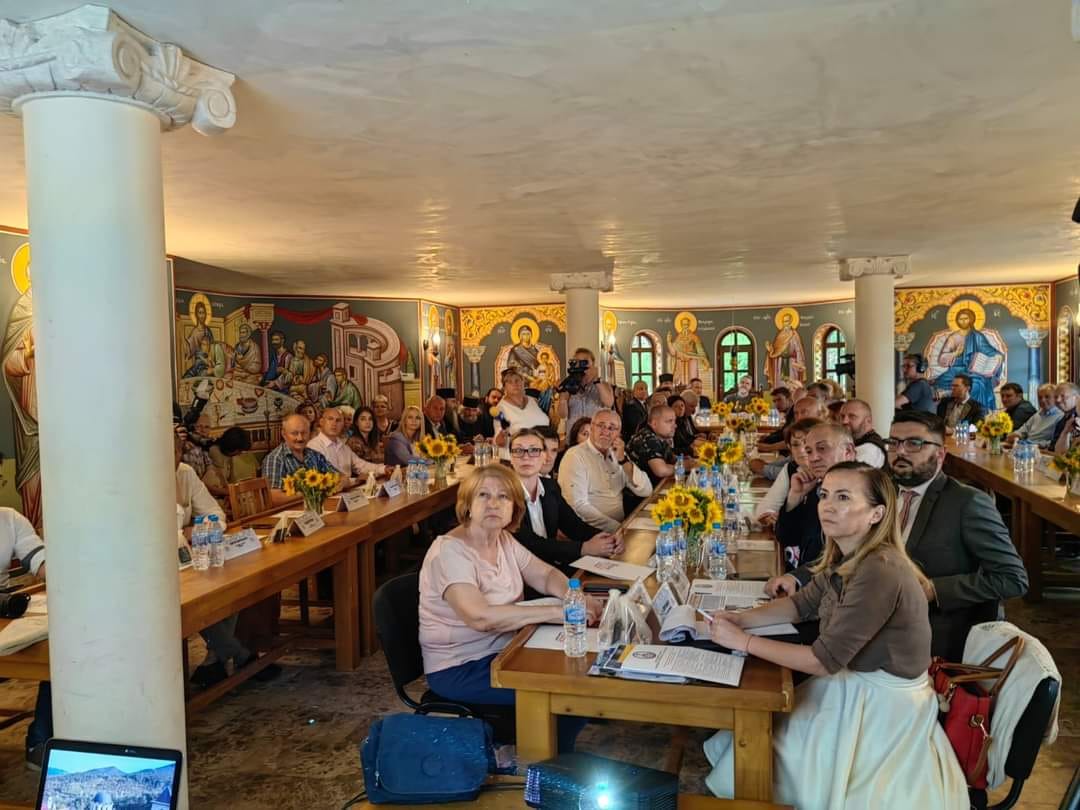 During the event, the other activities within the RAISE Youth project were presented, as well as the Regional RAISE Youth Center itself.