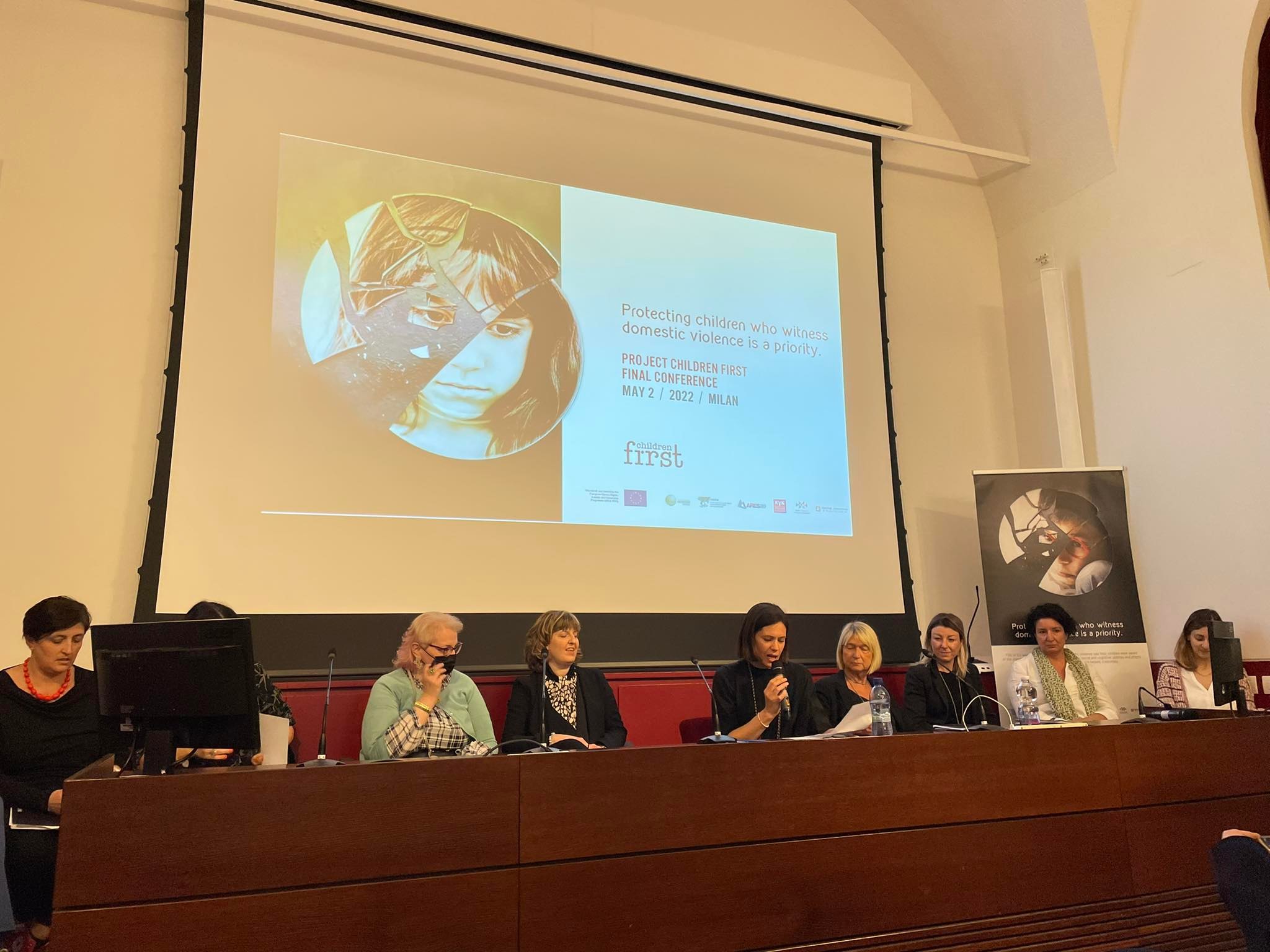 On May 2 in Milan, the 6 partners from Bulgaria, Greece and Italy presented their experience and materials prepared within the project.

The two Bulgarian partners were presented by Deana Dimova, Petya Georgieva and Adriana Angelova from Centre Dinamika Association and by Stanimira Hadjimitova and Nancy Borisova from the Center for Sustainable Communities Development (CSCD). The CSCD expert Diana Georgieva participated online and comprehensively presented the activities implemented within the project on the territory of Bulgaria.

During the conference, emphasis was placed on the signed protocols for cooperation between local authorities and women's support centers in Ruse, Bulgaria, Karditsa, Greece and Abruzzo, Italy. The event was also attended by the Deputy Mayor of Ruse - Encho Enchev, who said that his presence at this meeting expressed his gratitude for the efforts of all partners in combating assisted violence[1] and expressed hope that the project will be the beginning of a partnership between municipalities. in the direction of dealing with the problem.

According to the latest data, 73% of women in the EU are victims of domestic violence and in most cases children are witnesses, therefore the partners joined forces to develop a Training Toolkit on the subject of the domestic violence testimony, as well as European Guidelines for Work in this field, to the benefit of all experts and stakeholders.

The importance of working with perpetrators of violence was emphasized, as well as the active involvement of teachers, lecturers, medical professionals in recognizing such cases, prevention and care for children in such situations.

The final conference continued with a round table, which included representatives of local municipalities, social workers, lawyers, psychologists, pedagogues and magistrates who discussed the topic of assisted violence. During the first part, each of them shared their experience and observations from working with children on the topic, then the discussion focused on the products created within the project.

According to all experts, the Guidelines and the Toolkit are extremely useful, but need to be upgraded and, above all, implemented in practice. According to them, one of the biggest obstacles to dealing with this type of problem is the fear of social workers and those employed in this sector by the perpetrators themselves. The same fear that traumatizes both victims and witnesses of the violence itself.

The round table was also attended by representatives of the Association of Women Lawyers, Bulgaria – Elka Porominska and Maria Gancheva, as well as respected lawyers from Milan with experience in defending against assisted violence.

[1] Assisted violence is a form of child abuse that has traumatic effects of the same intensity as those of direct violence (WHO).