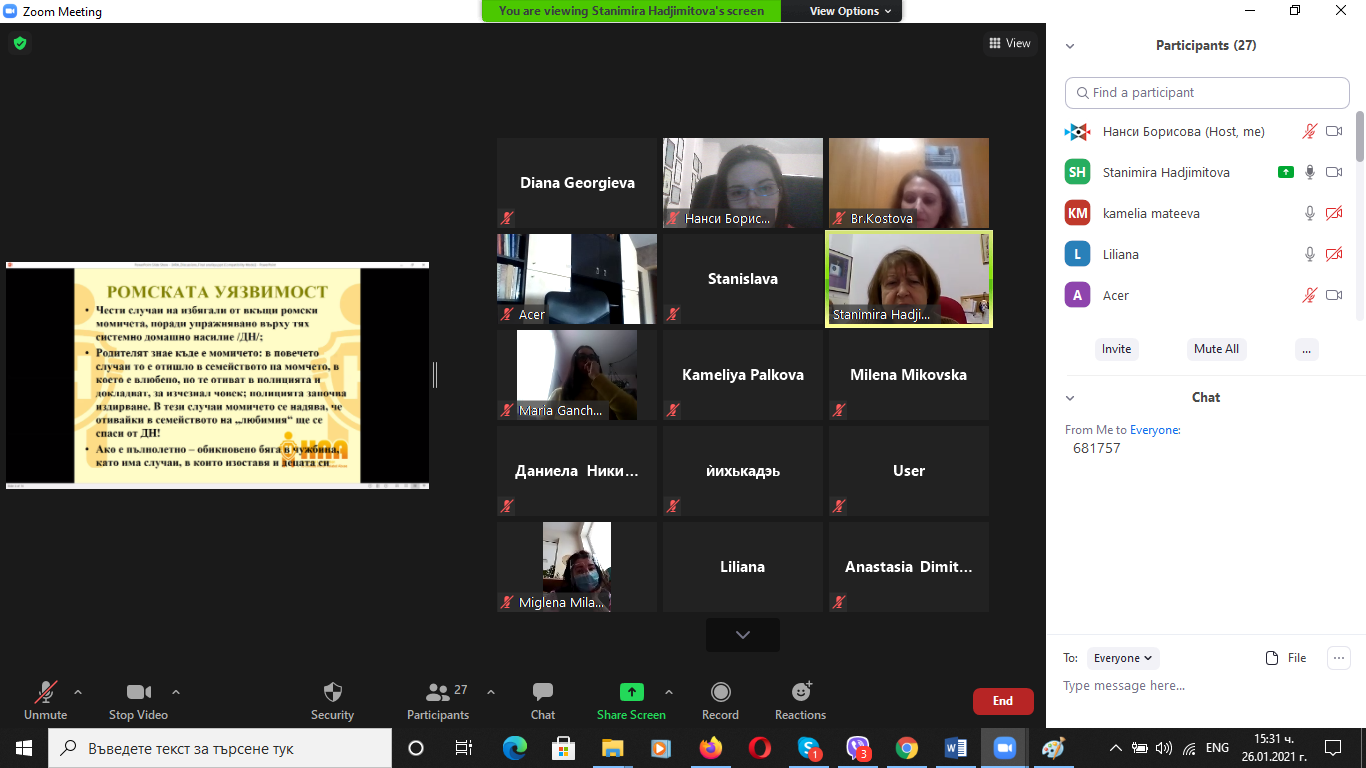 Difficult detection and provability, lack of maturity, religious and traditional peculiarities, lack of serious punishments - these are some of the problems related to the prevention, establishment and punishment of honor related abuses in Bulgaria.

At the end of January we held 5 round tables with citizens from all regions of Bulgaria. Our main goal was to meet with police officers, teachers, doctors, mediators, lawyers, prosecutors, judges, representatives of minorities and others and to present to them the proposal for a Petition for changes in the legislation regarding honor related abuses. It was prepared after a thorough public discussion of the issue in 13 meetings with stakeholders.

The document was well received by all more than 140 people who took part in the round tables. It became clear from the conversations that most of the victims do not understand that they had been injured due to their fragile age. The acute need for early prevention and stricter punishments for the perpetrators was emphasized. According to the representatives of Ministry of Interior many of these cases are well covered by the perpetrators.

Education as a part of a multidisciplinary approach to work on the problem stood out as a factor for prevention of this type of actions among all participants in the discussions. They expressed the opinion that it is necessary to have social workers in schools to guarantee an individual approach in each case. Working with closed communities with different religious characteristics proves to be a special challenge for the representatives of all institutions. Often the victims themselves, even if they are taken out of this environment, come back because they do not realize it as something that is against the law.

The experts shared that they find the initiative extremely useful as a good start for raising topical issues to the competent institutions.

The general public does not yet know the concept of “honor related abuse”, yet we are all victims of this type of abuse, albeit indirectly. We invite you to support our Petition for changes in legislation and policies in this area and to boldly declare our civil position!