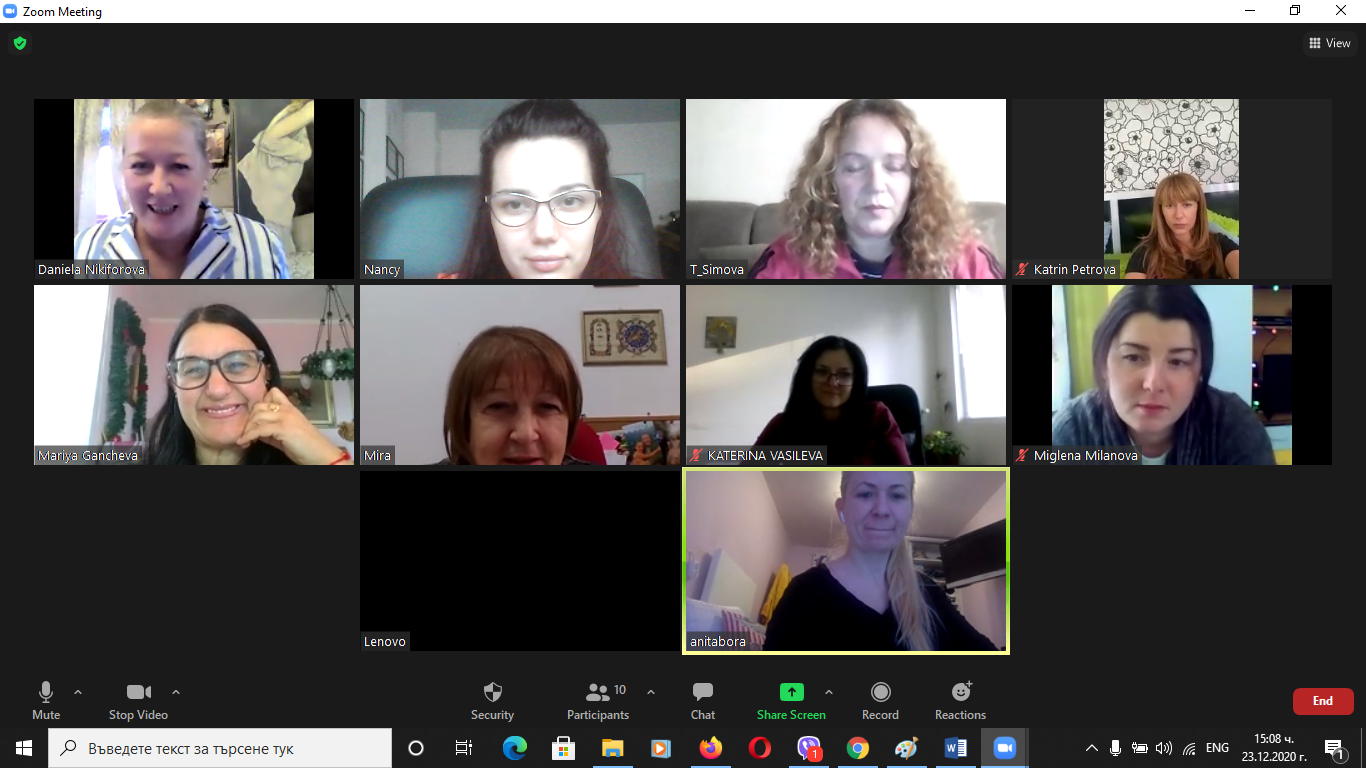 Over the past two months, more than 100 people from Sofia and several smaller cities in the country have held public consultations on "Honor related crimes".

A toolkit for action in such cases was presented during the discussions as well as recommendations for changes in the legislation regarding these crimes. Participants in the discussions included representatives of the Turkish and Roma communities, police officers, lawyers, teachers, doctors, health mediators, refugees and migrants. All of them gave their assessment and proposals for changes in the prepared recommendations based on their experience in the field.

The meetings were moderated by Stanimira Hadjimitova - Director of Center for Sustainable Communities Development as well as two lawyers - Brigita Kostova and Maria Gancheva from Association of Women Lawyers. According to the experts on legislation one of the most constructive discussions was with the representatives of the Ministry of Interior in Targovishte. “Their point of view was very useful and indicative of the state of the problem in Bulgaria. They, as the first link in the chain of state and municipal bodies that face the problem, shared that they feel alone when, after intervening to stop this type of crime, they hand them over to the relevant units of municipal social services and the Agency for Protection of Children. But then they see that the status quo is returning, there are no real punishments, there is no real work with these young people and parents ", lawyer Gancheva is categorical.

One of the most curious and unexpected conclusions during the discussions turned out to be the fact that there is a tendency for children to become younger at the time of criminal cohabitation, which is explained by the younger age for first sexual intercourse. That's not all. According to lawyer Gancheva, these crimes often continue to exist today not so much because of the traditions and cultural peculiarities of a community, but because of economic and social problems - the marriage of minors is used to go abroad. In the best option - to escape poverty in Bulgaria, starting work and vocational training abroad / such as in Germany, where if you are not married, you pay a bachelor tax. At the same time they start working even low paid by the standards of the other country, but better than Bulgaria - that is, when there is a material incentive they are motivated to get an education and work. The worst case scenario is when they go abroad, but with the intention of getting involved in organized pickpocketing crime.

Despite some discouraging conclusions, the experts and project partners deeply believe that there is a way to end child marriages in Bulgaria and are encouraged by the recommendations that were made within the project. In order to achieve maximum efficiency, all changes must be implemented in their entirety, says lawyer Brigita Kostova. All institutions need a lot of constant work with these communities, but work not from the outside, but from the inside with their representatives and organizations working to increase the education, economic and social status of these closed groups, the experts added. According to them, even stricter punishments are needed for parents and perpetrators.

It is also important to establish a separate law to create a national and local coordination network to deal with the problem and to include in the Penal Code a definition of more specific honor related crimes even if they are practically are not found in Bulgaria.

And for the people who work in the field on all these sensitive issues, it is most important to be humane and to perform their duties conscientiously and in accordance with the regulations. All institutions that directly or not work on the problem of honor crimes must require and actively participate in training to recognize these crimes, to be intolerant of such behavior not only as professionals but also as people in their daily lives of ordinary people. Last, but not least to assist non-governmental organizations and volunteers working in this field in order to create a better functioning protection mechanism.

In January, 5 round tables will be held in Razlog, Pleven, Targovishte, Vratsa and Smolyan, where a final version of the recommendations for changes in the law will be presented to stakeholders and a petition will be prepared in connection with the proposals.