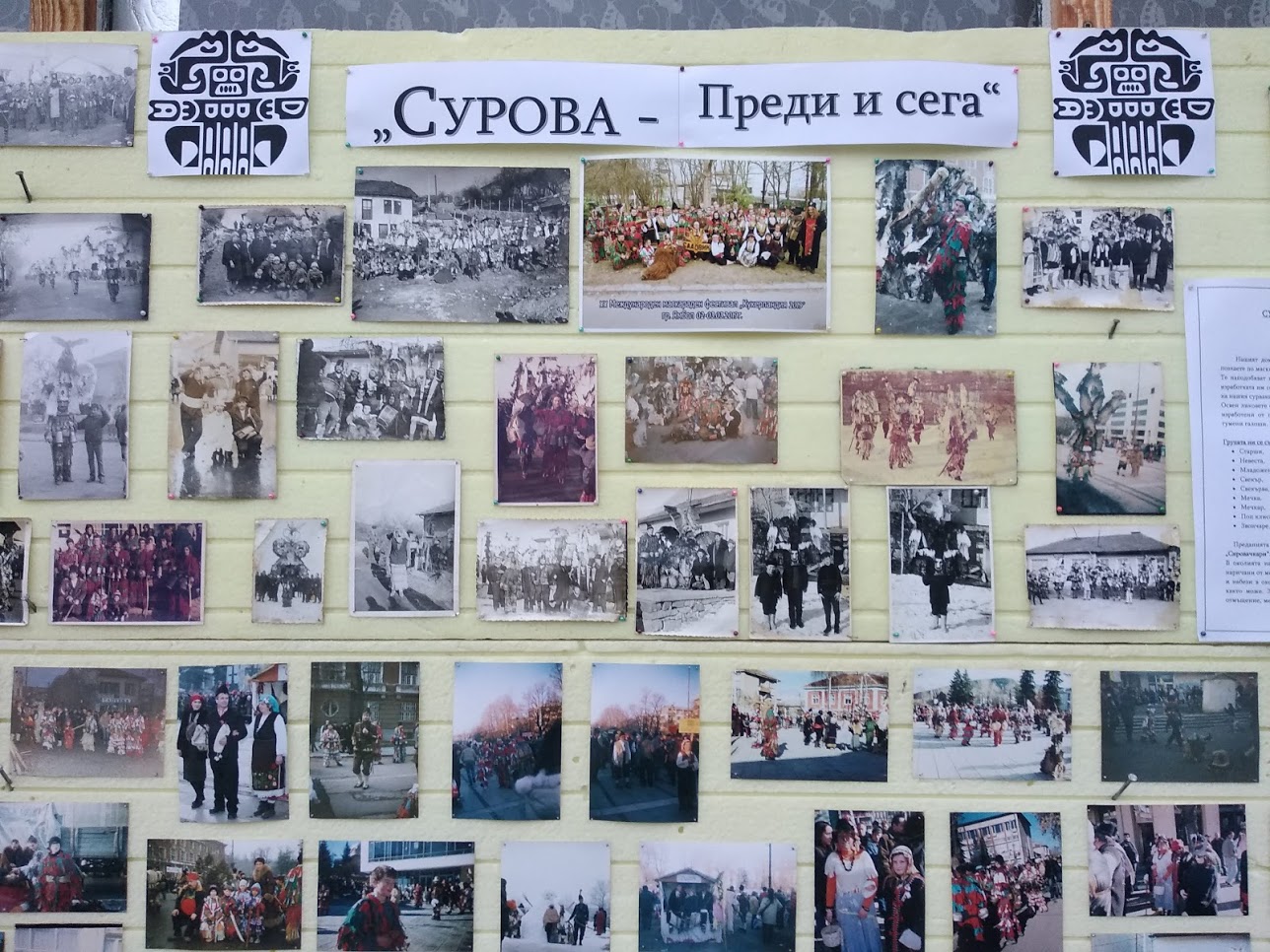 Do you know what Surova is? We ask you, but we rather know the answer - unfortunately not. That is why the team of the Regional Youth Center - Breznik, part of the CSCD, decided to introduce you to this centuries-old tradition, unique for Pernik Area.

The secretaries of the two institutions told interesting facts about the history and origin of the Survakar games in Graovo.

According to them, the tradition dates back to time immemorial and is celebrated on January 13-14. Every year since then the villages are visited by surovashkari (surovichkare, “bell-ringers”). The participants in the custom have been preparing for a whole year - to make the characters (masks) and to determine the order of the tour of the houses.

The most important of all participants in a group is Bolyubashi - a man of authority and merit. He is responsible for the order, organization and making of the characters. He is dressed in a special uniform and holds in his hand a wooden, but more often authentic old sword and he must have a whistle to keep order.

Surovashkars go through the houses and say their blessings meant to grant bountiful harvests of wheat, protection from the plague on animals and good health and prosperity to all. People, on the other hand, gift them with meat, bacon, hot brandy and money. The surovashkars, however, do not pass through the houses with a recently deceased person.

Everyone is looking forward to the Survakar group with impatience and hopes. The order of passage is as follows - first the newlyweds, then the priest, who sprinkles water on every house, the father-in-law and the mother-in-law, the priest and the cleric, the bear-tamer with the bear, the old men. They are accompanied by a drum. You can't do without a drum, because together with the ringing of the bells a unique atmosphere is created.

The team of the Youth Center had the opportunity to see the ethnographic collection in the village of Slakovtsi. In it you can see authentic objects from the life of the local population.

"On January 21, 2003, the ethnographic collection was opened. Our population cares a lot about it and we can proudly say that it is visited all year round by guests from near and far. We are proud of it because this is the life of our population. We try not to forget anything and for the next generation to remember and preserve the past of our village ", shares the secretary of the Chitalishte Svetla Panteleeva.

The Raise Youth project covers over 500 people between the ages of 18 and 29, living in the municipalities of Pernik, Breznik, Trun, Radomir, Zemen and Kovachevtsi, who are neither working nor currently studying. Within its framework, they undergo various trainings in career and personal development, and the most active 20 participants - including Milen - will be provided with additional training and mentoring to start their own business.

The Regional Youth Center in Breznik was established as part of Raise Youth and acts as a first point of contact for anyone interested in getting involved.

The project is implemented by the Center for Sustainable Communities Development with the financial support of Norway, Liechtenstein and Iceland.