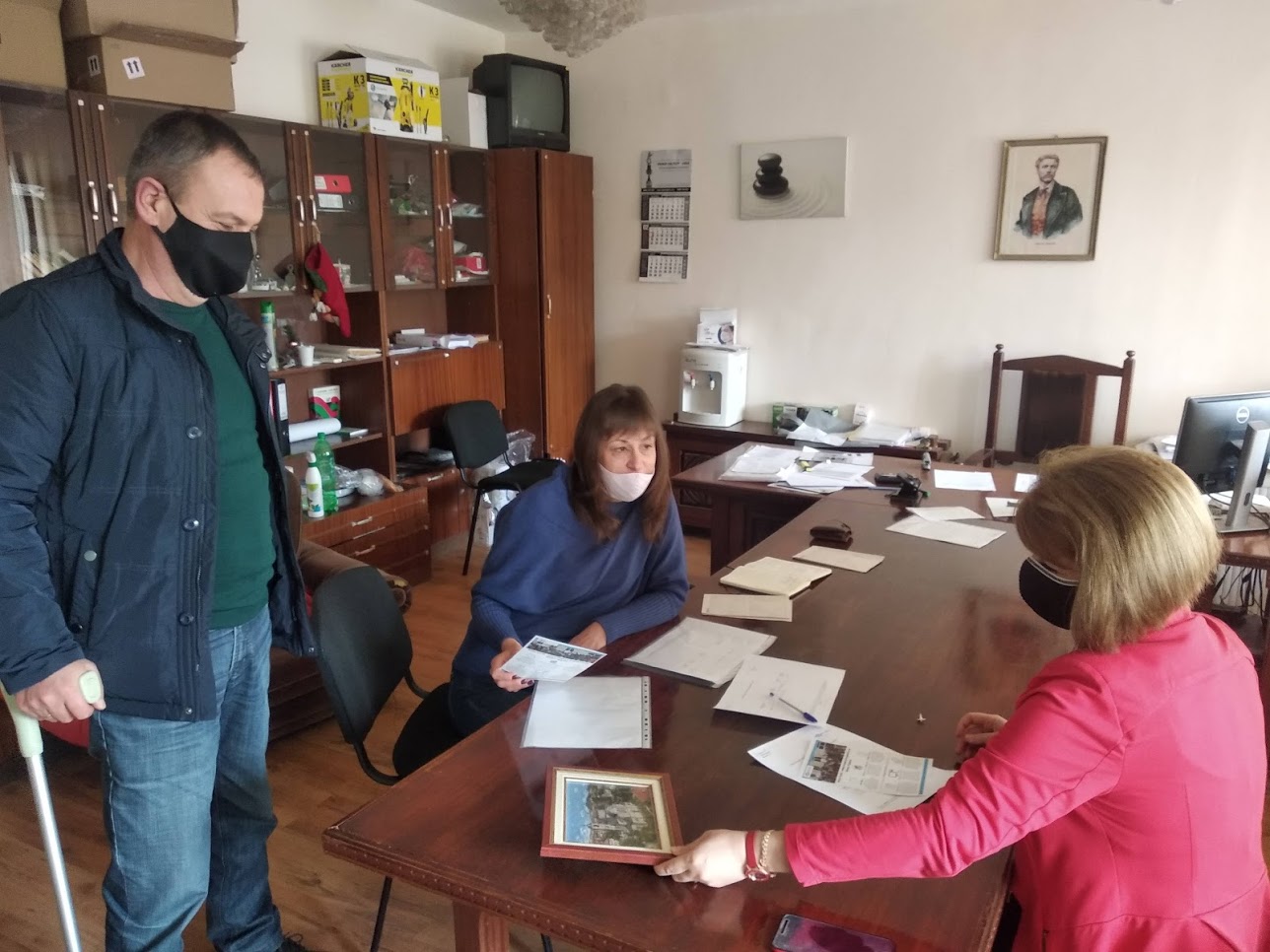 The team of the Regional Youth Center-Breznik (RYC) met with the Deputy Mayor of Kovachevtsi Municipality Ivo Simeonov and Iva Borisova, Secretary of the Municipality. Due to the COVID measures, only two of the RMC representatives participated in the meeting.

They discussed with the authorities the activities implemented last year and the planned trainings in 2021, which focus on young people between 18 and 29 who neither work nor study. Unfortunately, the municipality did not commit to recruiting participants, as there are not many people of this age left to live in Kovachevtsi and the surrounding villages. Most are retired people.

However, they praised the project and expressed their desire to support other activities on it. Among them is the production of unique tapestries by hand, which represent landmarks from Pernik District. The Secretary of the Municipality stated that they can be sold in the Ethnographic Center "Survakari", which is visited by tourists and guests.

There was also interest in the tourist site travelsofiawest.eu, which is part of the program of the RAISE Youth project, currently being developed.