Professors from several universities, media editors and journalism students gathered on 28 May at Rosslyn Central Park Hotel to discuss whether there is space for minorities and migrants in the public discourse of the Bulgarian media, whether the audience is solidary in Bulgaria and who are the main challenges that the media is facing in covering these topics.

Among the panelists were names such as Prof. Maria Neikova from Sofia University, Prof. Anna Krasteva from New Bulgarian University, Prof. Petranka Fileva also from Sofia University, Juliana Metodieva, Editor-in-Chief of Marginalia, Irina Nedeva, Chairperson of AEJ-Bulgaria and others. The moderator Dr. Ralitsa Kovacheva did not miss to give the floor to the guests of the event, including Georgi Markov - editor of "Saturday150", Antoaneta Markova – editor  from Sega newspaper, Kristina Baxanova – editor of the News from BTV.

Everyone agreed that the media market is experiencing ever more serious challenges in its attempts to address issues related to the fight against hunger, climate change and environmental challenges. Not only the well-known names but also their younger colleagues emphasized that for international journalism and the coverage of development policy, funds are needed and the Bulgarian media most often do not have them. The themes about the pros and cons of freelance journalism or the inclusion of journalists in international journalism projects funded by the EU or non-governmental organizations were also covered.

The Round Table was organized by Center for Sustainable Communities Development under an EU-funded project with a leading partner of Minority Rights Group Europe ended up with a common desire to form a community working on development, migrants and minority issues. 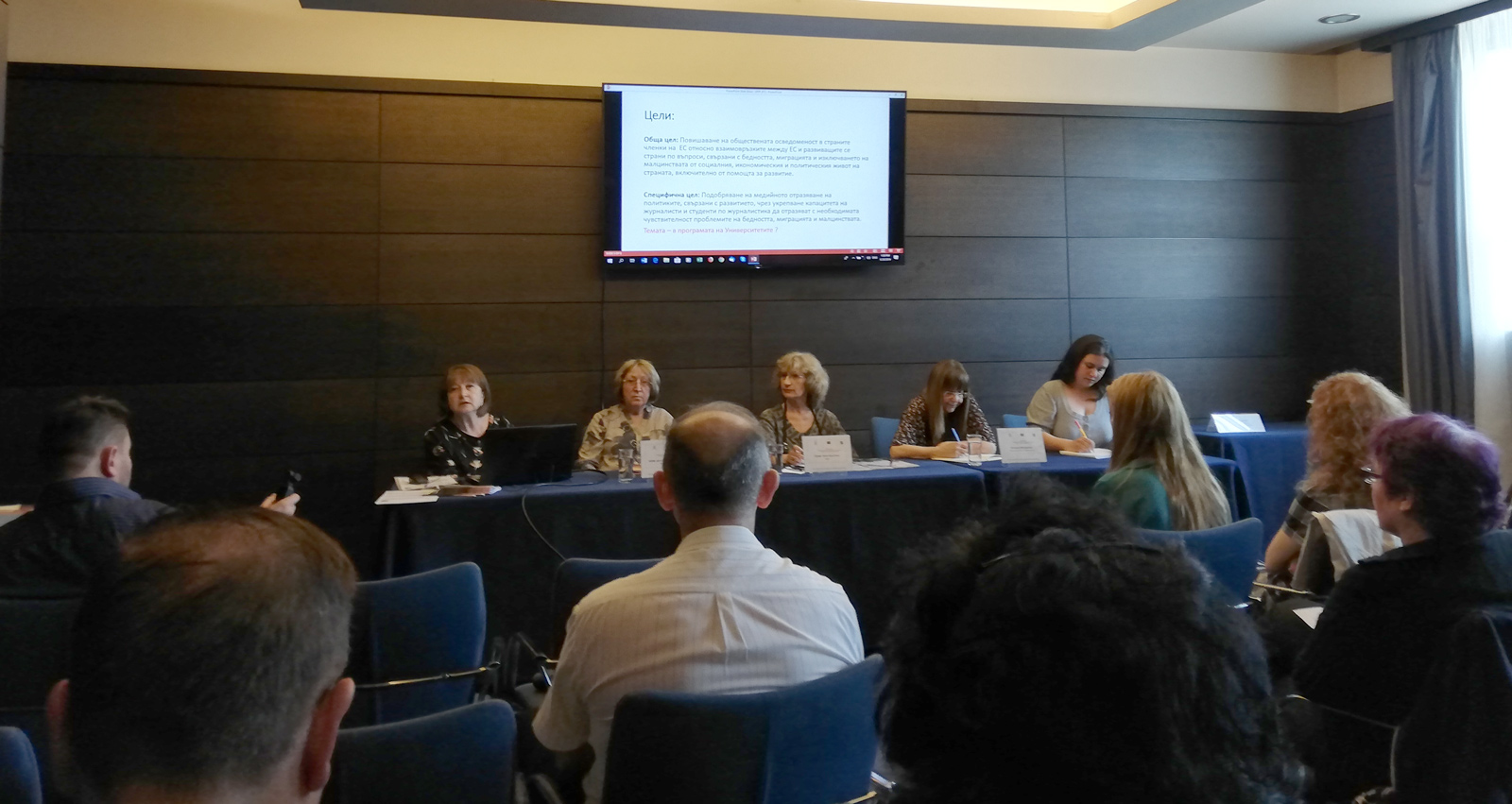