Warning: "continue" targeting switch is equivalent to "break". Did you mean to use "continue 2"? in /home/ekakinfo/cscd-bg.org/plugins/system/t3/includes/menu/megamenu.php on line 141
 The story of thousands of Romeo and Juliet that comes to life every day - Център за развитие на устойчиви общности

Zakia and Ali live in neighboring houses in a small town in Afghanistan. Both of them do not have real access to romantic love to form an idea of it on a Western model. In their country, young people are forbidden to watch romantic movies or TV series, listen to such plays on the radio or in the form of musical songs. However, like many other young people in Afghanistan, they fall in love and decide they want to be together. 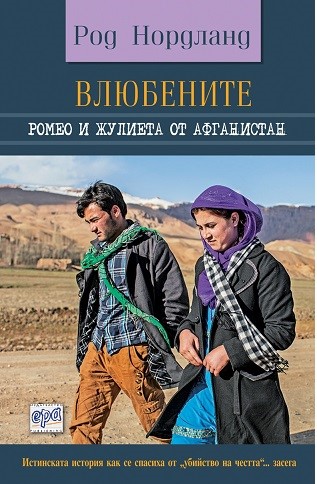 Zakia's family - her father and brothers - do not approve this union and after a long harassment from their side, the young girl fled to a UN shelter. From there begins the Odyssey of Ali and Zakia, told in the book "The Lovers: Afghanistan’s Romeo and Juliet.

The author of the novel is Rod Nordland. He is a correspondent for the New York Times. He has covered events in over 130 countries. He is a Pulitzer Prize winner. His articles, published in 2014-2015, turned Zakia and Ali into media stars. They are backed by John Kerry, the US secretary of state, and Samantha Power, the US permanent representative to the UN. For the first time since its founding, the New York Times has called on its readers to send aid to the fugitives from the law – the Afghan Romeo and Juliet.

Zakia and Ali's story is shocking and absurd, but it is not unique. Every year, about 5,000 young women fall victim to "honor killings." In Afghanistan, a woman is owned by a man. If a girl marries without her father's approval, she tarnishes the whole family. Only her death can restore her. They have been called "honor killings" for centuries. And so the two lovers are forced to leave their hometown, persecuted by the police and Zakia's family. They spend their honeymoon in a remote cave, and on the first wedding anniversary they are still hiding.
The truth is that the delicate issue of women's rights has not been resolved by either the Kremlin or the White House. From 2002 to 2014, the United States invested more than $1 trillion in Afghanistan. General David Petraeus, commander-in-chief of US forces, said: "Our military achievements are significant, but unsustainable and reversible." According to Rod Nordland, the situation is exactly the same with the equality between women and men.

Many neglect the problem of honor related crimes in Bulgaria, as they blindly believe that such customs and traditions do not exist here. The truth is that in today's globalized world, it is completely impossible to remain isolated from such manifestations. With the entry of refugees and migrants in the country, the consequences of these practices have an impact on the everyday life in our country.
T.R. is a 29-year-old citizen of Afghanistan and together with her husband S.R. both their minor children aged 8 and 5 are struggling to stay in Bulgaria without fear. The mother's story begins with a forced marriage at the age of 14 to a man much older than her. For 5 years in this forced marriage, she was systematically abused by beatings and burns with water and objects so that she has scars on her body and pain to date. But physical injuries are nothing compared to the permanent mental injuries that T.R. fights to this day. In 2010 she managed to escape from her first husband with the help of her current husband, whom she remarried in Iran and with whom she is currently in Bulgaria. S.R., the husband of T.R. and her savior, left Afghanistan after experiencing a series of repressions by the Taliban. The family lived in Iran, where their first daughter, A.R was born. After the Iranian government began mass deportations of Afghan citizens back to Afghanistan, the family moved to Turkey, where in 2015 their second child, F.R was born. From there they continue and reach Bulgaria.
Both Afghan law and jurisprudence allow women who have left their homes to be sentenced to imprisonment. The so-called "running away from home" is punishable, and attempts to abolish that sentence before the Afghan Supreme Court have failed, after the court ultimately ruled that a woman could leave her home only when she had to go to the doctor, to the police or to a close male relative. The court does not even recognize cases in which women are forced to flee their homes due to domestic violence against them. Thus, a woman who has been a victim of domestic violence can be sentenced to imprisonment if she has left home. Women who have left their homes for whatever reason are returned to their families by the police.

At the moment the family is in Bulgaria as the children go to kindergarten and school and the father to work. However, the State Agency for Refugees has massively refused to protect the applications of Afghan citizens with such and similar stories. More information about the specific case can be found here - https://migrantrights.eu/featured_item/%d0%b8%d1%81%d1%82%d0%be%d1%80%d0%b8%d1%8f%d1%82%d0%b0-%d0%bd%d0%b0-%d0%b5%d0%b4%d0%bd%d0%be-%d0%b0%d1%84%d0%b3%d0%b0%d0%bd%d0%b8%d1%81%d1%82%d0%b0%d0%bd%d1%81%d0%ba%d0%be-%d1%81%d0%b5%d0%bc%d0%b5/
As it turns out, the story of Romeo and Juliet comes to life every day through the fates of people like Zakia and Ali, the Afghan family in Bulgaria and thousands of others. Crimes in the name of honor have not only legal but also social expression. They deprive thousands of women of the opportunity to lead a full life of their own free will. The commitment of the host societies should be to integrate the victims into the new environment without fear of rejection. Only that way they can become active citizens, useful for themselves and for others.

Follow the project website for more information about the project or follow www.activecitizensfund.bg
This article was created with the financial support of the Active Citizens Fund Bulgaria under the Financial Mechanism of the European Economic Area. The responsibility for the content of the document lies with the Center for Sustainable Communities Development and under no circumstances can it be assumed that this document reflects the official opinion of the European Economic Area Financial Mechanism and the Operator of the Active Citizens Fund Bulgaria.