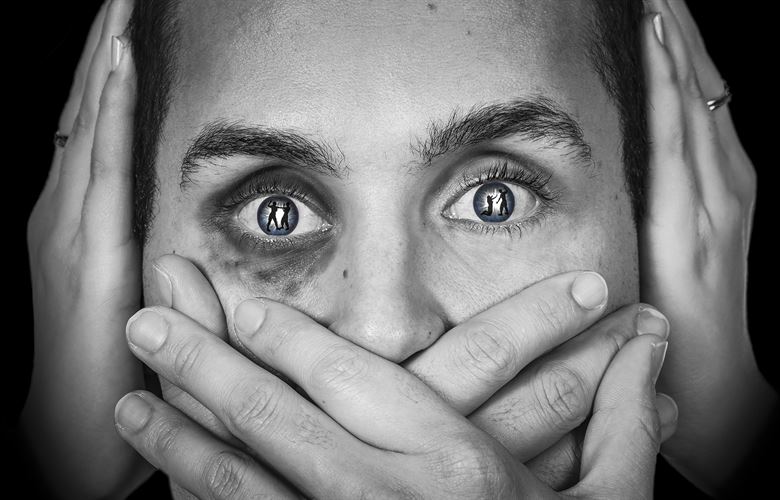 Stories resembling a horror movie. This is how some cases of honor related crimes in Bulgaria sound. Inspector Desislava Viktorova from the National Police, the Crimes Against Personality department, tells us how the police is proceeding when it comes to such a sensitive type of abuse.

*This article reflects a personal opinion of the expert and the team of the project does not commit to it.

I know of a case in which the bridegroom dies in a car accident and his father, with the knowledge of the mother, informs his wife that she should stay in this family and therefore have an intimate relationship with the father of her dead husband. When she refused, they persuaded her to write a death letter and prepared to kill her. The people are of Roma origin and from a rich family. The crime was investigated after the girl herself had escaped from her abusers, along with a boy she wanted to continue her life with and sought us out to report the crime.

Another case is the murder of the father’s mistress from his son in order to protect the honor of his mother and the family. The people are Bulgarians from a Turkish ethnic origin.

The third case, in which the honor of the family is the motive for the murder, but in a different perspective - the people are of Turkish ethnic origin - the woman seeks a divorce from her husband, who is the father of both their children, and supports them financially because his wife has never worked. He states that they will never divorce because his honor does not allow him to do this. She wants a divorce because she has found a Turkish citizen lover and wants to live with him. The refusal of the husband is a key moment and the Turkish citizen comes to Bulgaria to kill him.

To emphasize the role of honor in some families, I will give you an example with a case in which an older boy has an intimate relationship with a girl and blackmails her with their nude photos. As a result, she is obliged to have sex with him whenever he wants and makes a phone call. At one of their meetings, she refuses to give in and he threatens her with a gas pistol, and she stabs him with a knife in his body and leaves the scene. As a result, the boy dies. After discovering the crime, the girl's family refused to look for her and take care of a lawyer, because they believed that the honor of the family was tarnished.

The most common form of violence in relationships in which a young girl goes to live in the family of her intimate partner is beating or psychological harassment and threats against the girl by her relatives and her partner’s relatives, in order to break the girl's will or resistance. Such young brides are also isolated and many of them stop going to school. Of course, in order to be able to investigate or take preventive action, it is necessary for the competent law enforcement authorities to be informed on what is happening. These acts are characterized by high latency - due to the closed family circle of the perpetrators and the isolation of the victim, there are various difficulties in front of the competent police authorities.

The term "early marriage", which has acquired citizenship in the public sphere, essentially means cohabitation, family formation, but not marriage within the meaning of the Family Code, given the fact that in many cases the legal act of marriage is missing and impossible. In this regard, this type of relationship when at least one of the spouses has not reached the age of marriage (adulthood), should be called "child marriages" or "cohabitation with children", because in reality the girls are under the age of 16, or between 16 and 18 years old.

These marriages are typical of the Roma community, under the condition that not all Roma groups and families practice them.

The most common argument put forward by the Roma themselves is that the bride must be a virgin, therefore the younger she marries, the better it is for the honor of the family. In addition, early marriages are usually followed by early births, given the fact that the married woman is expected to provide proof that she can continue the family.

According to the Bulgarian legislation this is a crime. In the context of prevention, potential culprits to be dealt with should be sought among parents and relatives on both sides.

The line between observance of cultural norms, traditions and human rights violations is thin - Roma traditions and mentality in the conditions of modern understanding and the legal framework regarding human rights are an area that no one in Bulgaria wants to rearrange because they are afraid of the consequences. Despite the legislation, which is straightforward in this direction, the institutions involved in this problem are more often passive and do not react, without imposing the appropriate legal sanctions. In depth, given that early and forced marriages have their roots in education, social environment, health, cultural practices and traditions, poverty, participation in public life, personal development, opportunities for preventive practices and multi-institutional models should be sought.

In the Penal Code, the Bulgarian legislator has regulated a number of hypotheses of the problem under consideration in Art. 190, Art. 191 and tsp. 192.

It is noteworthy that some amendments and additions to these texts are from the last year, which speaks positively about the commitment of the Bulgarian legislator on the subject.

In cases where, as a result of these early cohabitation, "marriage is consummated" - the legal norms laid down in Section VIII "Debauchery" of the Penal Code apply - Articles 149-151, where different hypotheses are provided.

Some of the acts described above are inherently a form of domestic violence, but unfortunately the number of Roma women seeking protection under the Law on Protection from Domestic Violence is very small, I would say insignificant. The reason for this is not only rooted in the ignorance of the law and the lack of education, but especially in the family, as a closed micro-society and its honor. The girl is obliged to obey because otherwise she will be kicked out of the house or sold for prostitution. Sexual violence is also observed in "marriage", and in most cases the girl is raped or forced to sleep with her husband. They are observed among all Roma groups - yerli, rudari, kalaydziy and milet.

Unfortunately, no checklist has been developed so far to assess the risk of such criminal acts. It is planned to prepare one for cases of domestic violence, and I hope that it can be applied in these cases as well.

Upon the accumulation of adequate information about a crime of such sort by a competent authority, a report must be prepared by the police patrol that visited the location of the alert. The police inspector (in charge of the area in question) then visits the family to obtain further information and to retrieve information from the parents and the girl. All collected materials are sent to the prosecutor's office with an opinion for initiating pre-trial proceedings. In case the prosecutor deems that the necessary legal grounds are present, they initiate pre-trial proceedings, which are conducted in accordance with the Code of Criminal Procedure.

Many "early marriages" are informal, unregistered and impossible to record through any of the standard data collection systems.

These marriages are often arranged or forced, and very often the parents themselves initiate these forms of cohabitation.

I believe that in the context of prevention, possible culprits to be dealt with should be sought precisely among parents and relatives on both sides.

The cost to the individual victim and society of committing such acts should be calculated taking into account the fact that early cohabitation is an unconditionally harmful and illegal practice related to the most common form of sexual violence, especially for girls, which leads to early pregnancy, potential infection with sexually transmitted diseases, early drop-out from the education system, social isolation and enslavement of girls.

In addition to the mentioned procedural obstacles and difficulties related to the legislation itself or its implementation, in their daily work for prevention as well as for detection of such criminal acts, the competent institutions and specialists also encounter obstacles arising from the way of thinking of the community. They also encounter difficulties in planning, coordinating and working effectively with other professionals.

In my opinion, in order to reduce and prevent early marriages and abuse / violence in the name of honor, which are justified by the preservation of the family honor, traditions, morals, information campaigns should be organized and conducted; to develop educational programs; to provide stricter sanctions for parents and relatives; to focus on preventive work in Roma schools by introducing training in sexual and reproductive health; to justify and propose legislative changes - suspension of child and social benefits and other measures.

Undoubtedly, one of the target groups that needs guidance is the perpetrators and the community. It will be quite difficult to change their thinking and behavior, especially with the elderly, in this case being the grandmothers, grandparents and parents of the newlyweds. But this should be a focused and multi-year campaign, with education as its foundation.

Many girls with "child marriages" drop out of school because they become pregnant, give birth and have to raise their child / children, and apart from that they have obligations to their husbands and their families - mainly housework - to clean, wash and cook.

Given the multifaceted nature of the phenomenon under consideration, not all specialists who are engaged in counteracting and detecting such crimes in Bulgaria are aware of all the features that such cases have. In this regard and in order to increase their training, familiarity, skills, it is necessary to conduct specialized training courses and seminars with participants from various competent institutions and NGOs; developed teaching aids; meetings with representatives of Roma NGOs, as well as Roma leaders, the community itself and last but not least more experience and practice with the opportunity to learn, share and apply good practices on the topic.

For the sake of completeness, it should be noted that a Coordination Mechanism has been developed and implemented for work in cases of children, victims of violence or at risk of violence, but the work should be significantly improved with a practical emphasis.