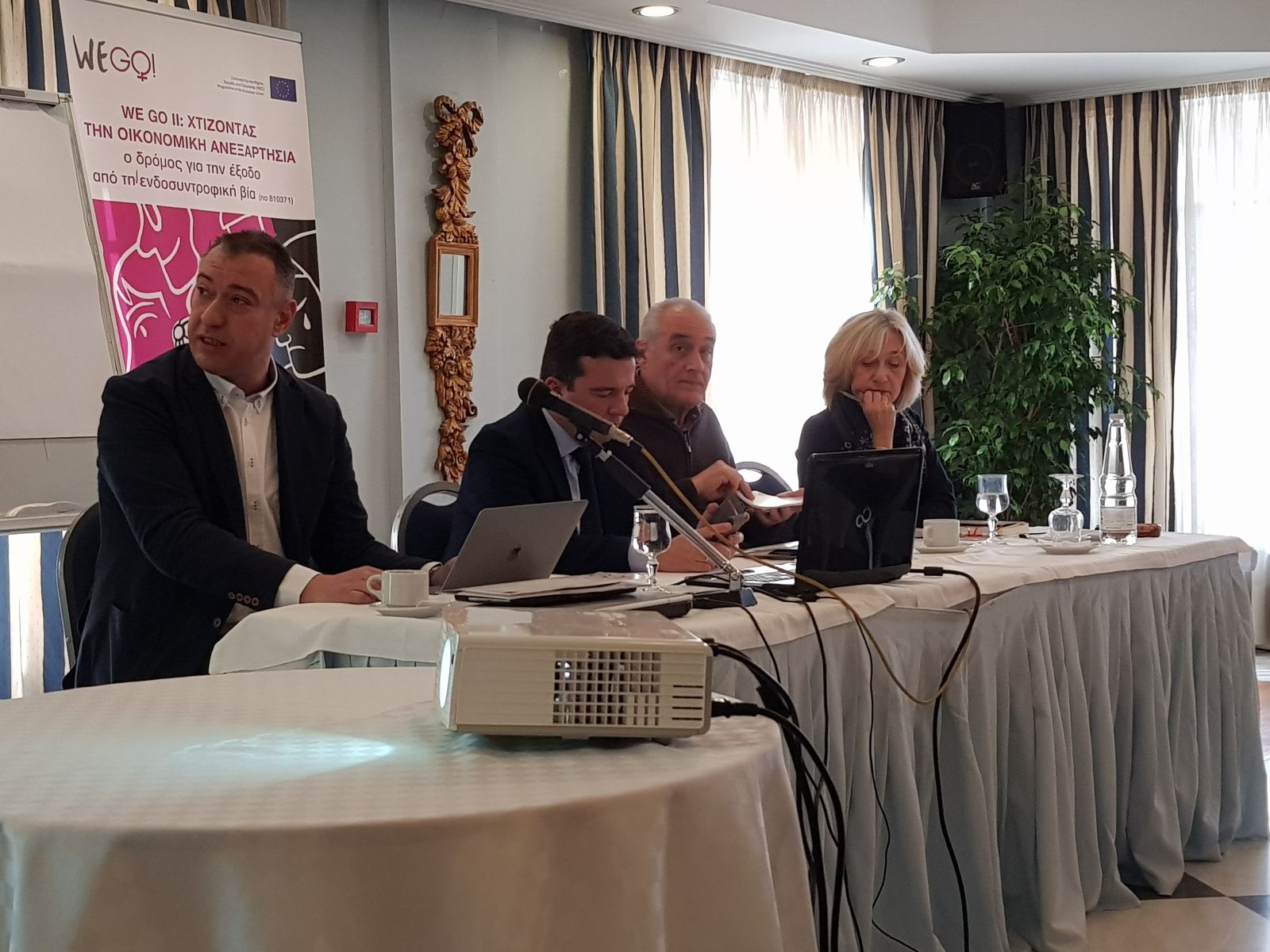 On 11 and 12 February WEGO2! partners from Bulgaria, Spain, Italy and Bulgaria met in Karditsa to get acquainted with the local Women's Empowerment Network and to discuss the next steps in the project.

Each organization at the event had the chance to meet representatives from the associate partners of the other organizations. From Bulgaria these were Deana Dimova from Centre Dinamika – Ruse, Karina Ivanova from PULSE Foundation – Pernik and Stanislava Simidchiiska from Association of Women Entrepreneurs SELENA.

Project partners had the opportunity to visit the office of WCK and the local theatre. There they participated in an interactive performance, called “The Stone Soup”.

The meeting concluded with a discussion of the organization of the upcoming events of the project in March and the work to be done to involve companies into our network and later to hire women, victims of IPV.