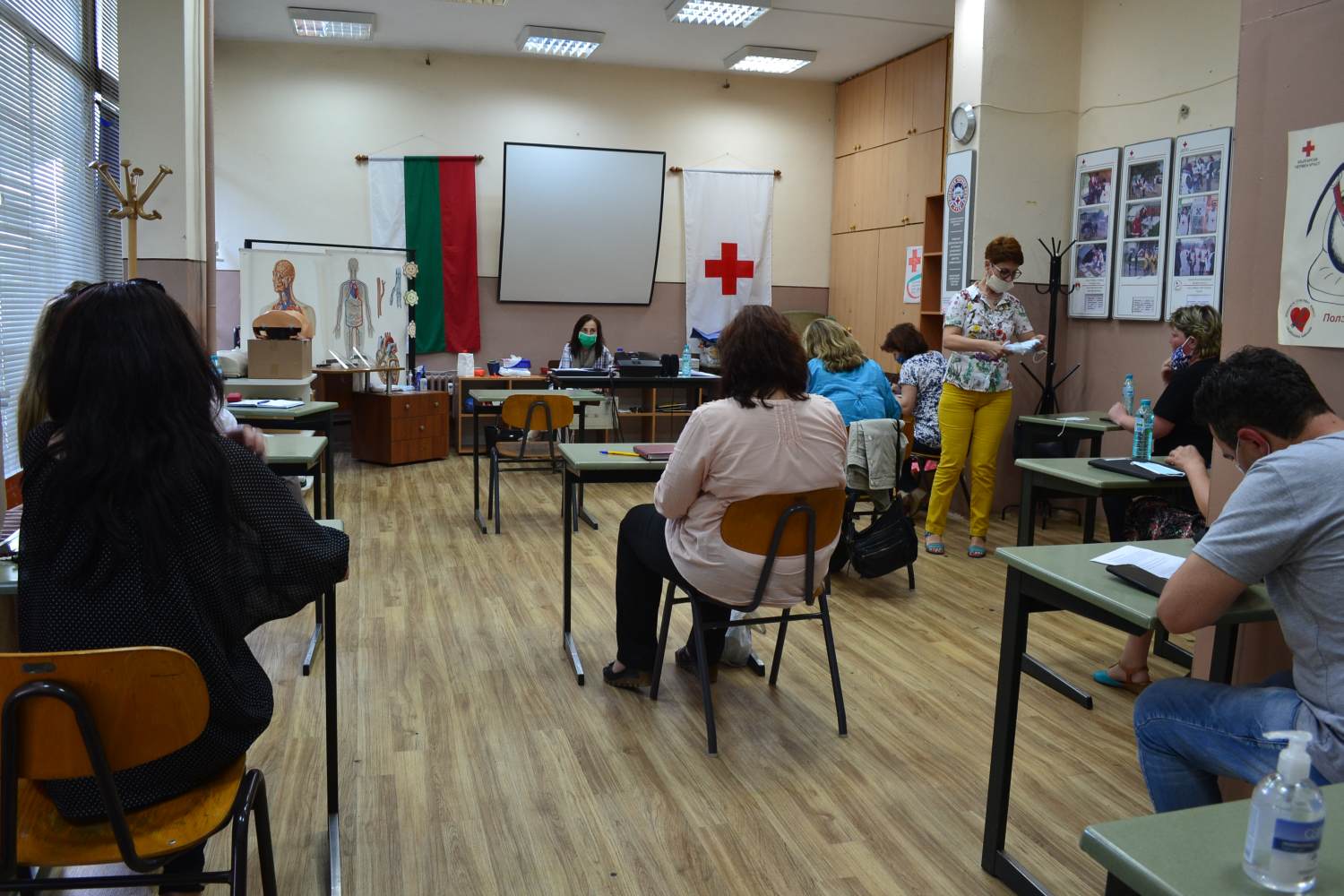 "We are a nation sick for love. It's the same for both adults and children. "

This was shared by one of the child psychologists - participants in the focus groups held last week on the project "Children first" in Ruse.

Regarding the problem of children witnessing domestic violence, our attitude is similar to what we have to that of domestic violence - rather neglect, disregard for the importance it has on the development of children, experts say. They also believe that there is a lack of good coordination between the various institutions. The role of prevention is extremely important, especially in the stages of early childhood development - kindergarten and preschool age, there is also a lack of sufficient interest from the media, justified by the lack of real stories to be told.

All this became clear during a series of focus groups organized by Center for Sustainable Communities Development together with Centre Dinamika Association under the CHILDREN FIRST: for more effective local rights-oriented services. of children - witnesses of violence project - https://children-first.eu/

The focus groups were attended by representatives of non-governmental organizations, social service providers, lawyers, child psychologists, media, municipal officials, pedagogues, professors at the University of Ruse. The moderators - Diana Georgieva - a representative of the CSCD and Deana Dimova - director of the Dinamika Centre directed the conversation to the sensitivity of the topic for children, witnesses of domestic violence, among the public and the necessary knowledge which the Bulgarian specialists need. Emphasis was placed on the effectiveness of cooperation between individual institutions, as well as on the shortcomings of the existing systems for prevention and handling of such cases.

The most emotional was the meeting with mothers who experienced domestic violence, which was witnessed by their children. Each of them expressed readiness and determination to get involved, because she appreciates the need to talk about the topic in the family and with the children in an effort to preserve the authority of each parent.

According to experts, each case has its own individual characteristics - in some of the stories the mothers had the support of their children all the time, others were blamed by their sons for what was happening in the family. The women victims of domestic violence united around the thesis that in order to deal with the consequences of the experienced evidence of violence, they needed the specialized help of the anti-violence center. "There is no reason to compromise and tolerate violence only" in the name of the children, "the mothers are adamant.

During the talks with representatives of the Department of Public Health and Social Activities at the University of Ruse, the possibility of going beyond the discussion format and moving to the development of a training module to be included in the program of future health care professionals and social workers was discussed.

The discussions marked the beginning of a mutual aid group, which the participants wished to set up at the Dinamika Centre and to organize periodic meetings.