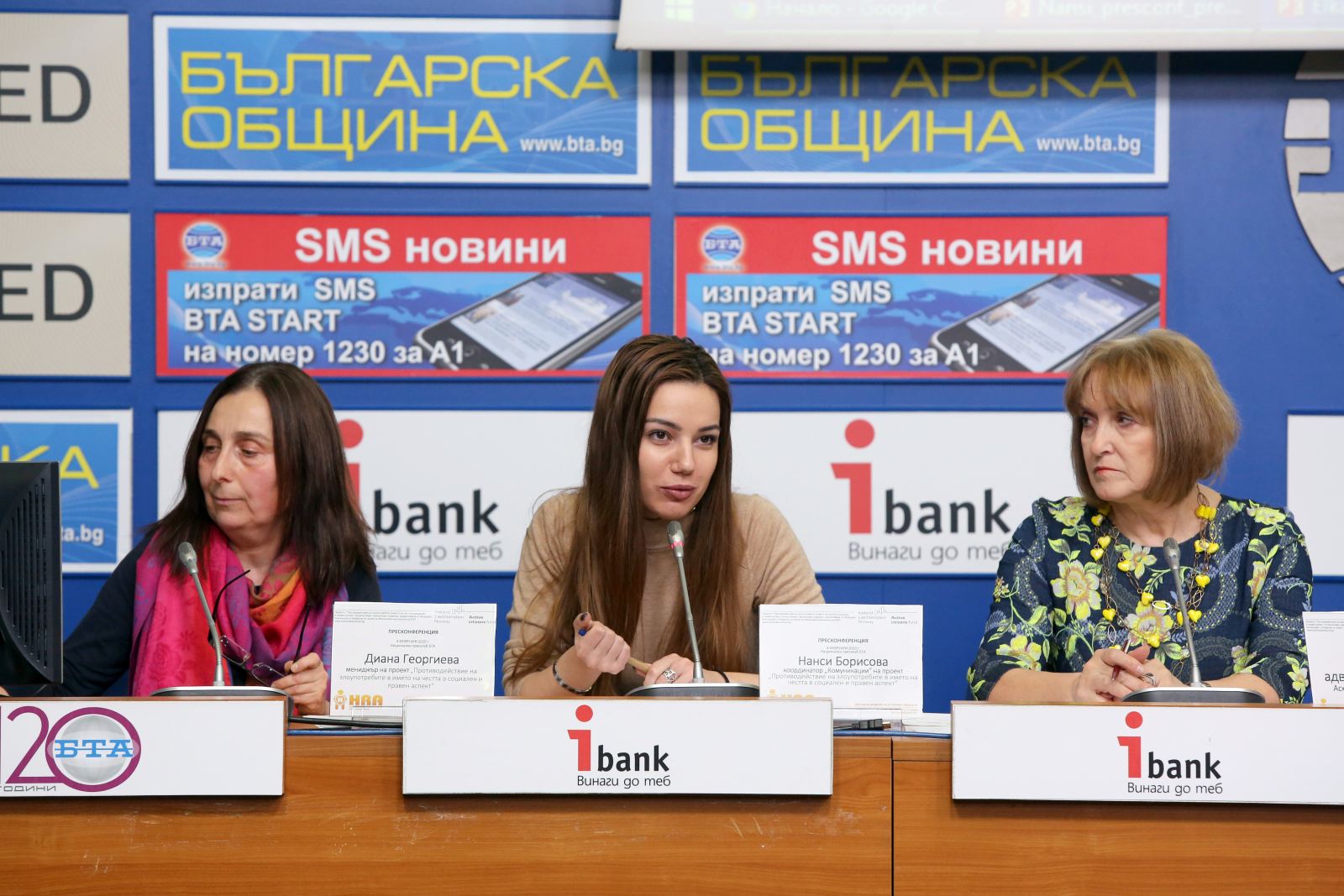 Honor-related crimes are almost unknown in our country. However, it turns out that for some citizens of Bulgaria this is part of their everyday life. This was made clear at a press conference on "Social and legal action to combat honor related abuse" project on February 4.

The project manager Ms. Diana Georgieva presented the problem of abuses in the name of honor and the border between values, traditions and violence in front of more than 20 journalists and stakeholders. Through the “umbrella of shame”, she described all kinds of violence of this type and emphasized the need for action and recognition of the problem by each of us. She also highlighted the differences between this type of violence and domestic violence - different values, the involvement of other family members in crimes and patriarchal relationships in some communities. The expert also recalled a case in her personal practice when she met a woman victim of honor-related abuse and she said to her:

"I am not angry that my father sold me. I only regret that it gave me so cheap. I cost more! "

This type of crime affects everyone in the community, as victims often drop out of school early, so they cannot sell themselves well in the labor market or are not allowed to do so. This, in turn, in view of the worsening demographic crisis in Bulgaria, is indicative of more serious economic crashes in the future.

In Bulgaria, the problem is recognized mainly among ethnic Roma, but we do not know what is happening with other minority and religious groups. Therefore, a sociological survey will be conducted within the project on the dissemination of these practices in Bulgaria and then an advocacy campaign will be conducted. It will include public consultations and roundtables on the preparation of a petition to appeal for changes to the law on honor-related abuses.

An important partner in the project is the Women's Advocates Association. Its chairman lawyer Elka Porominska acquainted the participants in the pressconference with the case law in Bulgaria regarding honor-related crimes. She also drew attention to several international documents regulating this type of crime and clarified the difference between child and early marriages. According to her analysis, fines related to the matrimonial life tend to range up to BGN 1000, and very often individuals receive only administrative punishment because they have a purely judicial background. Lawyer Porominska also explained that the penalties imposed were such that they did not lead to a preventive effect and to a real prevention of the performed acts.