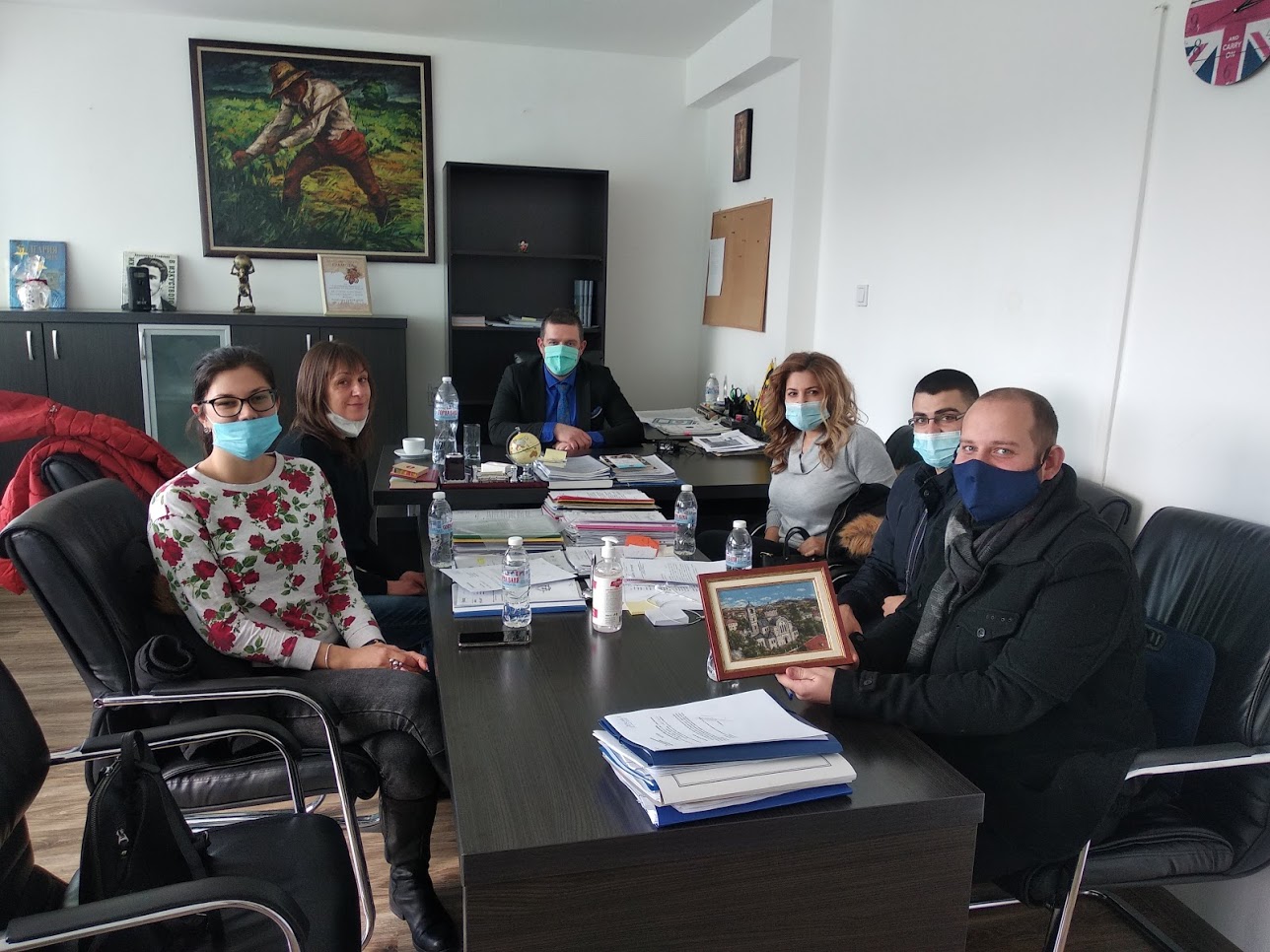 The team of the Regional Youth Center-Breznik met with the Deputy Mayor of Pernik - Stefan Krastev.

The team presented a report on the trainings completed in 2020, as well as the program for the forthcoming activities during this year. The Deputy Mayor welcomed the activities of RAISE Youth, saying that his administration will cooperate with the RYC in the direction of accelerated development and establishment of the region as a place for creating a successful business and developing new tourism products.

Krastev pointed out that the idea of ​​a farmers' market on the territory of the municipality sounds interesting and he would support it. According to him, such an endeavor would be good to be held during during the summer months on the territory of Krakra Fortress, combined with folklore competitions, presentation of local crafts and a festival of folk art.

Another option for its positioning is during the International Festival of the masquerade games "Surva", when the city is usually filled with Bulgarian and foreign visitors. Krastev also shared that work is underway to build it the so-called "Survakarsko village" to present the characteristics of the region in every aspect by empathizing with and touching the past and traditions.

The RMC team presented to the Deputy Mayor their views in the field of tourism, as well as their project for a tourist site: travelsofiawest.eu. Krastev shared that the work done on the RAISE Youth project completely coincides with the vision that the mayor's team has set in the first term of office. The municipality pursues a purposeful policy for wide presentation of the cultural and historical heritage.

According to him, Pernik has the potential to become a destination for one-day visits, where tourists can learn interesting facts about its millennial history, the period of accelerated industrialization, hence its nickname "the city of black gold".

Pernik Municipality is among the four municipalities in Bulgaria that received funding for the construction of Youth Center under the Program "Local Development, Poverty Reduction and Improved Inclusion of Vulnerable Groups".